I was given a clear vision of Hope from the Other Side.

This is a great message – full of hope! We are bombarded daily with horrific stories of treachery, injustice and evil, but fear not. We will win, but the fight is just beginning.

The sender of this vision had this request:

BE THE VOICE FOR ME

I am given messages because those who watch over us know that I will pass on these messages to those who will listen.

Messages are given to us through references that we can relate to. In this case, I had a vision while I was watching The Lord or the Rings: The Two Towers.

The vision was profound and cannot be overstated.

I am a huge J.R.R. Tolkien fan. I read the book series several times, long before the books were translated into film. I’ve seen the movies countless times, but this time as I watched, I was shown something new.

Then, the next scene in the movie was Frodo and Sam. Sam gives a speech about being in a great story and all hope seems lost, but they must continue to fight because there is still good in the world and in the end, good prevails.

This scene was confirmation of my vision.

This was a joyous vision! We are currently experiencing a time that relates to the middle movie, The Two Towers. The battle has begun, but there is so much evil that the fight will take some time to win. We are to remember this:

It was no surprise to discover that J.R.R. Tolkien was the source of my vision. I asked him if my vision and the interpretations were correct. He said:

I SEE MY LEGACY HAS COME TO LIFE

J.R.R. Tolkien is witnessing the Battle for Middle Earth come to life. We are living it and we can learn from his stories.

The vision didn’t stop with the March of the Ents. I continued to receive information from the Other Side.

The Ents did not want to get involved. They thought this was not their fight, until they saw what it did to them. This was their Awakening, when the war came to them.

I was given the vision during this scene for another reason. The Ents realized that if they did nothing, they would still face their doom, so they fought to take control of and to change their fate.

More and more people will care when they see what has been done to them. They will awaken when they discover the extent of the lies they have been told. The treachery and deceit will awaken them and force them to fight.

If we stay home and do nothing, we will meet our doom. Our voices must be heard or we will lose our freedom.

Grima Wormtongue was a servant of evil. He weakened a king and his people through his lies and persuasion. Galdalf the Wizard compares Wormtongue to a snake.

Journalism is dead, with few exceptions. Main Stream Media is a tool of the Cabal, Soros, the New World Order and evil. MSM persuades through lies, like Wormtongue. 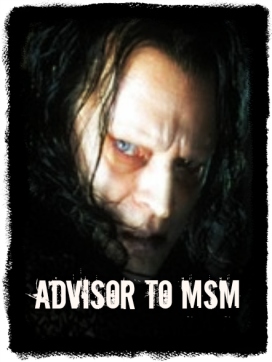 Army of the Dead in Middle Earth

The Dead of Dunharrow were disgraced and dishonored because they pledged their allegiance to their king, but when they were needed, they hid. They were cursed to live as spirits with no peace or rest in the home they refused to defend. They could only be freed from the curse when they restored their honor and the King of Gondor proclaimed that their oath of loyalty had been fulfilled.

The people who have pledged allegiance to their country, then turned their backs on it, or worse – betrayed their country, are no better than the Dead of Dunharrow. These people are a disgrace and traitors to their nations. They can support the laws of their lands – their own lands – and regain their honor or remain as evil spirits doomed to a dark future. Their blindness keeps them in a dark cave of ignorance and betrayal.

Sauron is the Evil Eye. He controls the Orcs and all vile and evil creatures in Middle Earth. His goal is to destroy all humans and rule Middle Earth. Orcs were once beautiful Elves, but Sauron turned them into evil creatures. The lands where Sauron rules are barren and charred. His wrath is terrible when he loses to good. Sauron has one goal – world domination.

George Soros, the Deep State, the New World Order, Muslims, the United Nations, Satanists – these are evil entities of Earth. The lands of the Earth will become like the Flats of Mordor – barren and bleak – like the destruction that socialism leaves behind. The intent of these evil entities is to destroy countries, destroy cultures, destroy religions and destroy races. They offer nothing and demand dominance. Their weapons are lies and treachery. They have one goal – world domination.

J.R.R. Tolkien wants us to remember these Truths:

What can we do to combat a world of evil?

Ride out and meet it!

We cannot hide like the cursed spirits of the Dead.

I am passing on to you a message from the dead. J.R.R. Tolkien wants me to be his voice as he offers help from the Other Side. He wants us to look at his story, The Lord of the Rings, and learn that there is always hope. Good will prevail over evil, if we fight the darkness. Our darkest days are yet to come, but if we maintain hope, we will prevail.